Best LCD and Plasma Display | Side by Side Reviews 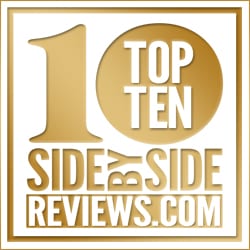 Comparing quotes can be crucial when searching for a Plasma or LCD display. Finding a top-quality product for the lowest price may be easier than you think with the right information.

We have collected details and information on the top 10 LCDs and Plasma displays that include user reviews and buying tips. Our goal is to help make it easy to find the best price from companies in your area.

There are two types of LCD displays: LCD or LED LCD displays (which stand for Light Emitting Diodes Liquid Crystal Displays). The difference between the two has to do with the backlighting of each, or how the light shining through displays the appropriate colors on the screen. LED LCD displays provide for a better viewing experience, and better picture and are usually much thinner, can be mounted easily, and are more energy-efficient of the two, but they can also be more expensive. LCD displays use lights and electricity along with liquid crystals to display the picture on the screen. Plasma television sets are not in as high demand as they once were, but for certain buyers, they provide an amazing picture and a lower cost. Plasma sets on the outside look almost no different than an LCD display. The major difference is the inside, where instead of crystals lighting up the color is generated by using cells that contain gas sealed inside during manufacture. As the unit is turned on it electronically charges the gas, which strikes different groups of phosphors (what make up the pixels) to create the image you see on the screen.

Advantages of Plasma over LCD

Color – Plasma can create better contrasts, and much deeper blacks and the color accuracy is much greater.

Blur – Rather the lack thereof. Motion scenes are much smoother and there is less blur during high-action films and shows. Some of the newer LCDs have vastly improved upon this but for the majority, plasma displays show fast action more clearly.

Viewing Angle – Plasma displays look great at almost any angle. For small viewing rooms, this is ideal. There are certain IPS (in-plane switching) LCDs that do a great job of this as well, but if you’re on a budget plasma is the way to go.

Budget – Plasma is known as older technology, so they are “on its way out”. Even still, some places will still have them and they are usually significantly less expensive than an LCD set.

Advantages of LCD over Plasma

Energy Consumption – While LCDs are a bit more costly on the initial purchase, they’ll save you money in the long run. They don’t heat up as much as plasmas and use much less electricity to run. If you’re looking to go green LCD is the way to go.

Burn In – While this issue has been improved upon in plasma displays, LCDs still are not as susceptible to burn-in of static images. This means no ghost images of that pause screen that was on too long.

Brightness – LCD screens are much better when it comes to the brightness of the screen. This is helpful if the display is going to be a brighter environment.

Weight – This may not seem important, but depending on where you’re setting up your television it can be an issue. LCDs are much lighter than plasma televisions, which is easier for mounting and traveling.

It is important to remember that these aforementioned items are generalizations. There are always exceptions to these rules, but for the most part, these stand true. For many, it simply comes down to personal preference.